Ever heard of the “Bitcoin write problem”? Without getting too technical, it comes down to Bitcoin having limited programmability. This is why we haven’t seen things like decentralized exchanges built natively on Bitcoin. Yet for decentralized economies to function, users need the ability to do things like swap, borrow, and earn yield on their holdings.

This limited programmability has led to the emergence of blockchains like Ethereum offering more web3 capabilities and custodied ‘wrapped Bitcoin’ tokens to mirror the value of Bitcoin. However, the trade-off on Bitcoin’s security, and reliance on centralized entities has resulted in numerous hacks, insolvencies, and billions lost.

A solution is needed to leverage Bitcoin beyond the base layer. In this article, we’ll explain why web3 needs Bitcoin and introduce sBTC: a non-custodial pegged Bitcoin mechanism that will become the backbone of decentralized finance.

The Bitcoin blockchain has not experienced any exploits or hacks in its 12 years of use and maintains more than $300 Billion of network value–double that of Ethereum. Web3 needs the decentralization, security, and durability that only Bitcoin can provide.

Bitcoin’s governance is in the hands of its holders, miners, node runners, and other network participants, and its rules are encoded in its protocol. This decentralization was demonstrated when the Bitcoin community resisted a change to the protocol that would have benefited miners and exchanges. In contrast, Ethereum has a more centralized governance structure, with a charismatic co-founder and influential entities that can make changes to the Ethereum blockchain and monetary policy. This includes rolling back transactions that have already been settled. This flexibility allows for experimentation, but also undermines the security and durability of the blockchain necessary for building trust in a public economic system.

Ethereum has transitioned from a Proof-of-Work (PoW) consensus mechanism to a Proof-of-Stake (PoS) mechanism to improve scalability. However, PoS has several fundamental issues that compromise security. For example, the people holding the token are also the ones that validate the chain. This results in a concentration of decision-making power and financial rewards among the wealthiest currency holders, and the reliance on a measure of wealth that is determined within the system rather than external to it. As the largest holders will make decisions beneficial to themselves, this could lead to further centralization–the long-term implications of this are not yet known.

In contrast, Bitcoin's Proof-of-Work mechanism, which relies on external resources to validate blocks and rewards users for doing so honestly, offers a secure, tamper-proof, and decentralized settlement layer that is valuable for a range of applications.

Bitcoin is stable and reliable due to its comparatively long history and resistance to change. Ethereum is less reliable due to its experimental ethos and frequent rule changes. The interconnected nature of Ethereum's settlement and smart contract capabilities poses challenges for ensuring the security of the system. In contrast, Bitcoin's minimal and pure settlement layer is considered sacred and helps to ensure the stability of the system.

Bitcoin was designed to be a base layer for high-value settlements. Now it’s time to bring more powerful and expressive smart contracts required for DeFi applications with added layers.

Currently, the #1 project for Bitcoin web3 is the Stacks Bitcoin layer, which launched in January 2021. Stacks expands Bitcoin’s functionality, leveraging the security of Bitcoin as the anchor base layer without making any changes to Bitcoin itself.

Using a unique consensus mechanism called proof-of-transfer (PoX), Stacks can read the Bitcoin chain state  and anchor its own blocks to Bitcoin’s proof-of-work (PoW). The Stacks layer forks when Bitcoin forks and has a built-in price oracle with BTC: Stacks miners spend BTC to mine STX, this spend rate is a great on-chain proxy for BTC to STX price. Now advanced smart contracts required to leverage Bitcoin’s security, capital and network capabilities are possible without making any changes to Bitcoin itself.

Stacks uses the Clarity smart contract language, which is decidable and human-readable. Unlike Ethereum’s Turing-complete language which cannot be formally verified and could lead to more undiscovered vulnerabilities, Clarity gives developers a safe way to build complex smart contracts on Bitcoin.

Soon,  Stacks will receive a speed upgrade (up to 5s block confirmation) to help scale Bitcoin. One potential unlock is lightning-fast payments on the Stacks layer benefitting from Bitcoin finality. Additional layers built-on top called "subnets" could improve speed and scalability even further to bring lightning-fast payments with Bitcoin finality.

1/ Lightning fast #Bitcoin payments on @stacks. Yes you heard it. Let me explain in this thread 🧵⬇️

Although Stacks has made significant progress, there’s still no way to move BTC in and out of smart contracts in a fully trustless manner. This has been Bitcoin’s evasive “holy grail” issue for almost a decade.

Enter sBTC: a non-custodial form of pegged Bitcoin with 100% Bitcoin finality. sBTC will soon exist on the Stacks Bitcoin layer, enabling smart contracts on Bitcoin. Get ready for DeFi, NFTs, and DAO’s that run entirely on Bitcoin using Stacks as the invisible smart contract layer.

How does sBTC work?

The Stacks network's PoX connection to Bitcoin facilitates sBTC’s novel trustless peg design. Soon, users can convert BTC to sBTC for use in applications without involving centralized entities. Furthermore, users don’t pay any fees when converting between BTC and sBTC other than Bitcoin gas fees.

sBTC is as close as you will get to native BTC if you require full programmability. It has all the benefits of wrapped Bitcoin (wBTC) and none of its downsides. You no longer have to trust a custodian to back the wrapped token 1:1 with real Bitcoin as you would with wBTC. Here’s a quick breakdown of the peg mechanism design, rooted in security, decentralization and usability:

First, users convert native BTC to sBTC on Stacks 1:1 by sending BTC to a native Bitcoin wallet. This threshold-signature wallet is controlled by a decentralized, open-membership group called “stackers” who lock up STX tokens in the Stacks’ PoX consensus mechanism. Stackers are economically incentivized to process peg-ins/outs by the capital they lock up in stacking and the stacking rewards they receive. sBTC is then minted on the Stacks layer, while remaining secured by Bitcoin (as Stacks follows Bitcoin finality).

To peg-out and redeem native BTC, users send a request to the Stackers, which is processed in the same way as a BTC transaction. Then more than 70% of Stackers must collectively sign to burn the sBTC and programmatically send the corresponding native BTC back to the user’s BTC address. This process can take up to 24 hours.

sBTC is trust-minimized and incentive-compatible: the same properties that secure Bitcoin itself. The dynamic group of stackers are rewarded BTC to process sBTC transactions.

Furthermore, the threshold wallet is based on a 70% threshold. This means that more than 70% of stackers would have to collude together in an economically irrational way to attempt an attack. If at least 30% of the stackers are honest, then no malicious peg-outs can happen.

Additionally, there is a recovery mode in which BTC rewards will be used to fulfill the peg-out request. Therefore, the native BTC will not get “stuck.” Furthermore, the process is fully transparent, so anyone can see on-chain how much BTC is in the threshold wallet, and how much sBTC is minted.

To ensure the system remains incentive-compatible, there’s a maximum “liveness” ratio of circulating sBTC at 50% of the total STX locked up in stacking. If the maximum ratio is reached, peg-ins will not be serviced until the ratio has been restored. This means even if the price of STX drops significantly against BTC, the incentive compatibility will be preserved.

The ethos of Bitcoin has always been championing self-custodial finance. “Bitcoin, a purely peer-to-peer version of electronic cash would allow online payments to be sent directly from one party to another without going through a financial institution.” - Satoshi Nakamoto, 2008

The failures of centralized entities like FTX, Genesis, and Voyager have cost users over $2T in 2022. These failings prove the importance of reaffirming the ethos of Bitcoin: to create a truly decentralized and transparent system. sBTC builds on these foundational principles, solving the “Bitcoin write problem” to unlock a new era of Bitcoin applications that can rapidly accelerate the Bitcoin economy.

The sBTC white paper was written by the sBTC working group, which is open to the public, with contributions from Princeton computer scientists, developers of the Stacks layer, and anonymous contributors.

Stay tuned to our latests news and updates

Thank you! Your submission has been received!
Oops! Something went wrong while submitting the form. 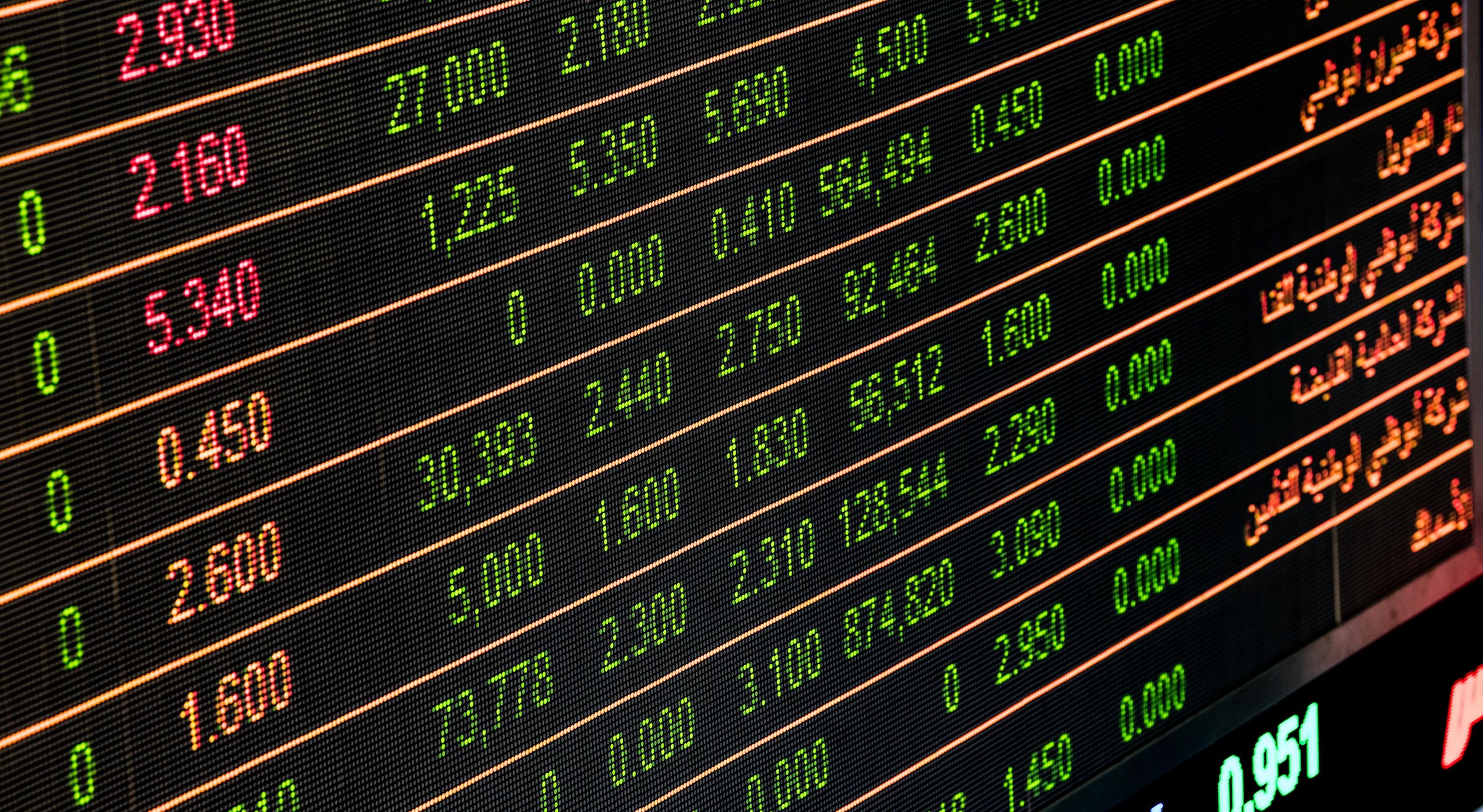 What is DeFi: Decentralized Finance Explained

How To Passively Earn Bitcoin